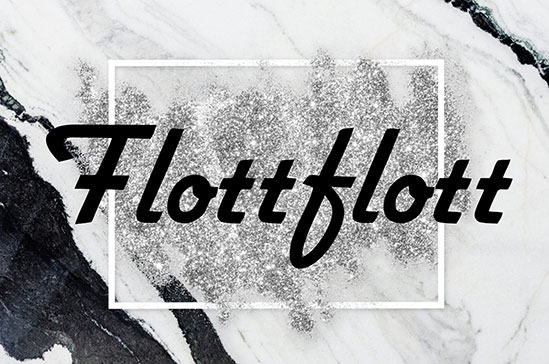 In the 1930’s a demand for modern fonts intended for advertising was created. Some fonts emerged with a rather casual cursive character, but they were so that they could be implemented better than lead sentence executed without associated letters. 1934 seemed so at the Bauer foundry font Flott, which WS Gillies has designed. The font was published in the USA under the name Gillies Gothic, and later also in the writings range from Letraset. At some time in graphic quite popular rub-off letters leaves of which there were then a Shaded- version.